Martin Bárta studied voice at the Conservatory in Pardubice under Prof. Svatava Šubrtová (1990) and at the Academy of Performing Arts in Prague under Prof. René Tuček (2006), now he works with Jacek Strauch.

In 1997 he joined State Opera in Prague (now one of The National Theatre Opera Houses) , where he debuted as the Herald in Wagner’s Lohengrin. He went on to portray Germont, Tchaikovsky’s Eugene Onegin, Valentin in Gounod’s Faust, Mozart’s Papageno in Die Zauberflöte and Guglielmo i

n Così fan tutte, Escamillo in Bizet’s Carmen, Schaunard and Marcello in Leoncavallo’s and Puccini’s La bohème, Verdi’s Amonasro (Aida), Nabucco and other roles. He has frequently appeared on the stages of the National Theatre in Prague, singing Mozart’s Don Giovanni and Count Almaviva (Le nozze di Figaro), Smetana’s Přemysl (Libuše) and Sir Cecil in Britten´s Gloriana. He has also performed at the National as Kalina (Smetana: The Secret), Fotis, the priest (Martinů: The Greek Passion), Jaroslav Prus in Janáček’s The Makropulos Case, and The Devil (Martinů: The Miracles of Mary).

Now he sings on the stages of the National Theatre frequently especially Verdi roles such as Rigoletto, Nabucco, Macbeth, Germont, Amonasro, he sing Pucinni´s Marcello (La Bohéme)  and Janáček´s Revírník (Forester – The cunning little vixen), the only Přemysl (Smetana´s Libuše) as well as Escamillo (Bizet´s Carmen) and Count Capulet (Gounod´s Roméo and Juliette). 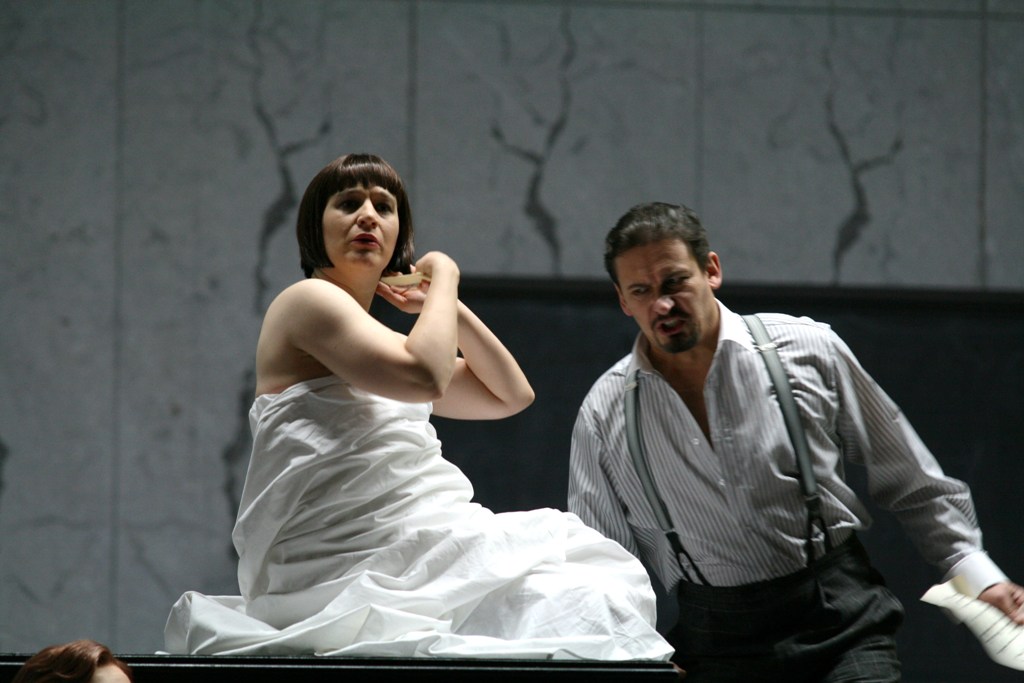 At the National Moravian-Silesian Theatre in Ostrava he has appeared as a guest as Ruprecht in the Fiery Angel (Thalia Award Nomination 2015) by Prokofiew, Lord Nottingham (Roberto Devereux (prem. 2015) Tausendmark in Brandenburgers in Bohemia by Smetana (prem. 2016), King Vladislav in Smetana’s Dalibor, Count in Mozart’s Le nozze di Figaro, Nabucco, Marcello in Puccini’s La bohème, Bohumír in Dvořák’s Armida, Nabucco or Hindemith’s Cardillac.

As far as concerts and oratorios are concerned, most noteworthy in his repertoire are solo parts in Orff’s cantata Carmina Burana, Fauré’s Requiem, Beethoven’s Symphony No. 9, Bach’s St John Passion and St Mathew Passion and in Martinů’s The Opening of the Springs. He has performed in Germany, Austria, Italy, France, Switzerland, England, The Netherlands, Japan, South Korea and the USA. 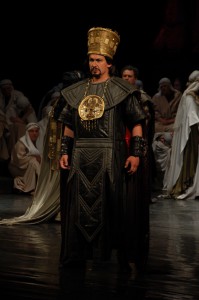 During summer 2016 he appeared as Escamillo in Festival „Thurn und Taxis“ in Regensburg.

He sings the role of Telramund in Wagner´s Lohengrin at the National Theatre in Prague starting June 2017. This production is musically staged by German conductor Constantin Trinks, a frequent guest of the Bavarian State Opera and other major scenes. The director is Katharina Wagner, great-granddaughter of the composer and the artistic director and operating Bayreuth Festival.

Martin Bárta is going to appear in the role of Jago (Verdi´s Otello), Boris (Shostakovich´s Lady Macbeth of the Mtsensk District) and Giorgio Germont (Verdi´s La traviata) at the National Moravian-Silesian Theatre in Ostrava.  Besides the other seasonal productions in 2017/2018 he is going to be Nabucco in the new production of this Verdi´s opera that will be directed by José Cura at the National Theatre in Prague.

He appeared in several TV LIVE broadcasts eg. as Přemysl in Smetana´s Libuše or Oct. 1 , 2016 in the Gala Award Ceremony of the International Television Festival Golden Prague. 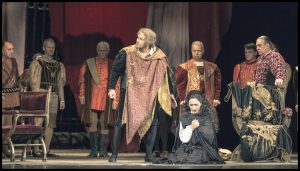 In 2005, within the Opera festival he received an award for the best performance in a supporting role (the Miller in Novák’s Lantern). Martin Bárta was nominated for Thalia Award 2015 for the role of Ruprecht (the opera Fiery Angel by Prokofiev) performed in the National Moravian-Silesian Theatre (Ostrava, the Czech Rep.).

Since 2006 he has been teaching solo singing at the Academy of Performing Arts in Prague.